5/20/22
River Falls is home to the Lizzie Borden house where Ms. Borden apparently murdered her father and step mother. The house is a museum by day and an inn at night, and is supposedly haunted. There is a small gift shop behind the house where you can buy hatchets and other weird memorabilia. I heard terrifying stories about massacres and satanic rituals.

Salem is the town where the infamous witch trials were held back in 1692-93. 200 people were tried for practicing witchcraft and 20 were executed. The Witch Museum tells the story of the trials and its outcome. Today, Salem is a tourist attraction for witch related activities.
Salem is actually known for its ship building and maritime history. Salem Maritime National Historic Site has a visitor center and is America’s first national historic site.
Winter Island Campground was closed when I arrived, but could wander around the marina. I found a parking spot not far from there and spent the night listening to weird sounds from the water. The next day, I went back to the marina and enjoyed my morning coffee looking out at the bay.
The next day, I took the tour of the House of the Seven Gables that was built in the 1800’s and had its own history. Nathaniel Hawthorne grew up next door and his book was inspired by the building’s history. I bought a copy just to catch up on some culture.

Boston is the worst place to get lost in America! I drove in circles and ended up in a parking lot that I had to pay $12 to get out of. Walking around is just as bad.
The plan was to walk the Freedom Trail for the day, and I found it after walking several blocks from where the van was parked. Incidentally, I was able to parallel park on a tiny street and was very proud of myself. I passed a huge farmers market and was amazed at the fresh produce, cheeses and other goodies.
The Freedom Trail winds around many areas and I found myself in the North End, where Italian restaurants and culture lived. I found my happy place and stopped to eat at Carmelina’s. The restaurants are small and typically need reservations, but I lucked out and got a seat at the counter without one.
Boston is a great city with an abundance of history and culture, and I’d love to go back if I don’t have to drive. I’d like to spend more time there to get to know the city better. I only saw a tiny part of it.

Barnstable, Cape Cod – Traffic to Cape Cod was terribly slow. Barnstable was about a third of the way up the cape and I was hoping to go on a ghost tour there, but the tour was not available when I arrived. I was taking some snaps when a man came over from the blacksmith shop next door. Mark is a volunteer in town and an expert at blacksmithing. He showed me around the jail himself and talked about the shop. At least my trip was justified!

I camped at Cape Ann Campsite in Gloucester and was disappointed. For $50 I got a rocky site with water and electric on the opposite side of the van. I had to go to the bath house next to the office because the one by my site was closed. It was a paid shower but the water was hot and had good pressure. There was one restroom near my site and it looked like it was going to fall down. This place needs a major rehaul for what they’re charging! 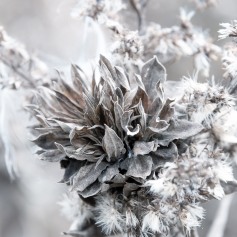 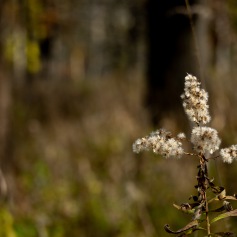 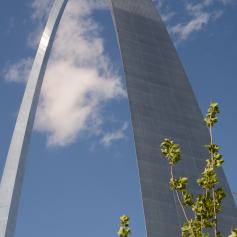